I grew up in Lancashire, in the North West of England.

At school, I paid most attention in maths, physics and language classes: I've always been very interested in structures, patterns and ways of explaining the world, so I went on to study philosophy at The University of Nottingham, including a semester at Oslo University, with an emphasis on mathematical logic & philosophy of language.

By this point it was fairly obvious that a "traditional'' career path wasn't really for me, so a couple of years in Japan followed, where I trained in judo, learned Japanese and worked as a teacher. I then worked for The British Council for four years in Malaysia as a teacher and trainer. During this time I obtained a postgraduate teaching diploma (which has since paid off in ways I could never have imagined back then).

After Malaysia I moved to Spain and switched careers, into photography, video and digital media production, which I'd been building up on the side. I decided to focus on the tech sector as it was interesting and in need of some good storytellers, and over the last 12 years I've gained deep industry knowledge and a broad network. Looking back, this was just another manifestation of what I'd always been doing: finding innovative ways of exploring and expressing ideas.

Since 2015, I've been actively involved in helping people affected by conflict. I was a founding member of Techfugees and part of the global management team for three years. Since then I've worked with The British Council and Syria Relief on a pioneering digital education project in Syria, as well as running/judging numerous humanitarian hackathons around Europe and the Middle East. Since 2019 I've been a consultant and mentor to Gaza Sky Geeks, a non-political digital education initiative set up by Mercy Corps.
‍
Over the last few years I've given talks/interviews/panel discussions all over Europe, at Kings College London, BBC Click, Factory Berlin, Siemens, SAP, TEDx, The British Council and Mercy Corps. See here for a more complete list of speaking engagements.
‍
I'm fluent in German and also speak Spanish, Swedish, Malay, and a little French & Japanese. In my spare time I'm into endurance running, judo and Brazilian jiu-jitsu. I won a silver medal in the Commonwealth Judo Championships in 2019. 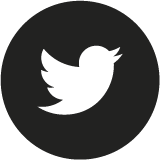